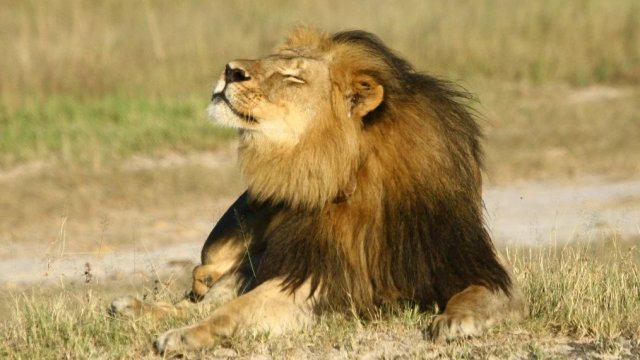 Xanda, son of Cecil — a famous wild lion — was killed by a trophy-hunter in Zimbabwe. It appears to have been a legal hunt.

Two years ago, there was massive public outcry after a trophy-hunter killed a lion named Cecil. Now, Cecil's son Xanda has met the same fate.

Oxford University, which had been tracking the big cat, said hunters shot and killed Xanda outside Hwange National Park. The killing appears to be legal since Zimbabwe allows trophy hunting in certain areas.

Zimbabwe Drops Charges Against Man Who Killed Cecil The Lion

Zimbabwean officials announced Monday they will not charge Walter Palmer for killing Cecil the lion. But are we surprised?

Xanda was in an area that doesn't protect lions. Activists tried to get a 5-kilometer protective area around the park, but the effort failed.

A scientist tracking Xanda said the lion's death likely won't do any damage to his pride because "the lion population is pretty healthy, but it would probably be better if it didn't happen."