Celebrating 60 Years Of The Incredible Hulk 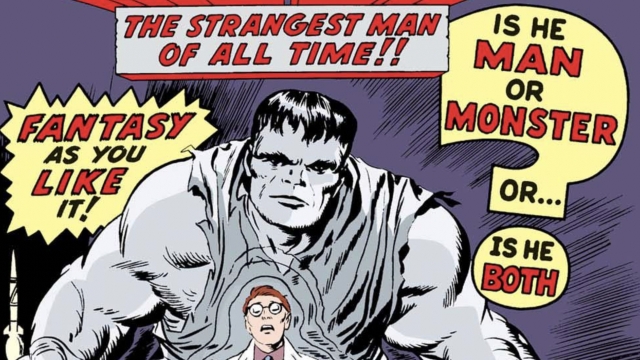 The Incredible Hulk is a comic book character created by legends Stan Lee and Jack Kirby.

The Incredible Hulk made his smashing debut at Marvel 60 years ago this month.

Hulk's "powers" are simple: the angrier he gets, the stronger he becomes and the harder he is to control. He's a monster as much as he's a superhero, so oftentimes the Hulk's struggle is against his own anger, insecurities and the childhood trauma of being raised by an abusive father.

In the Marvel Cinematic Universe, Hulk matures into a leader with greater control over his anger and a stronger emphasis on his intelligence. It's a far cry from his monstrous 1962 debut, and his story isn't over yet.

Later this year, his successor "She Hulk" — a comedy action series about mild-mannered lawyer Jennifer Walters — debuts on Disney+.

Hulk shares his 60th anniversary with other Marvel favorites: Thor and Spider-Man.