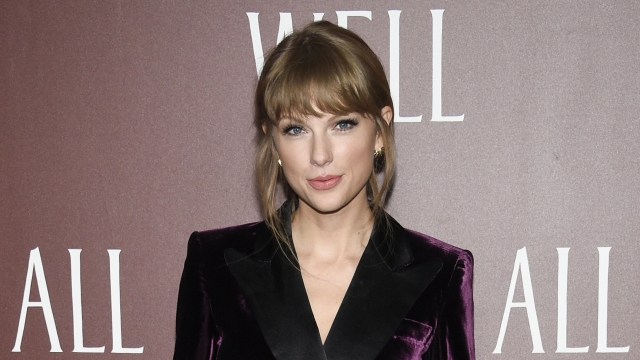 There may be bad blood between environmentalists and pop princess Taylor Swift.

Yard, a sustainability marketing agency based out of the United Kingdom, found Swift to be the biggest celebrity polluter of the year based on her private jet usage in the first seven months of 2022.

After pulling data from Celebrity Jets, a source for tracking the use of private jets by celebrities, Yard found Swift's private jet flew 170 times out of the first 200 days this year.

A spokesperson for Swift released a statement after that report was released, saying, "Taylor's jet is loaned out regularly to other individuals. To attribute most or all of these trips to her is blatantly incorrect."

However, Swift isn't the only celebrity facing backlash for private jet usage.

Boxing legend Floyd Mayweather comes in second on the list, emitting more than 7,000 metric tons of carbon dioxide this year.

Mayweather is followed by Jay-Z, whose jet has taken 136 flights.A-Rod with 106 flights.

Blake Shelton, with more flights than A-Rod at 111 but with longer flying times.

Additionally, Kylie Jenner and Drake garnered intense public criticism after it was revealed that their private jets logged trips as short as 17 minutes and 14 minutes.

Deputy Director of UNC Institute for the Environment Dr. Sarav Arunachalam joins Newsy to explain the environmental cost of owning and overusing a private jet.