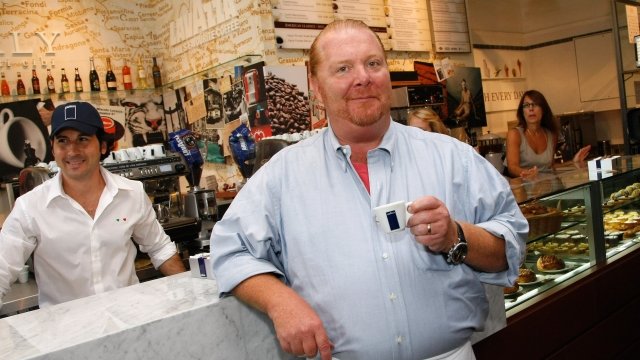 Batali is stepping away as co-host of "The Chew" and from the daily operations of his hospitality group following allegations of sexual misconduct.

Celebrity chef Mario Batali says he is stepping away from the "day-to-day operations of [his] businesses" following allegations of sexual misconduct.

In a report published Monday by Eater New York, four women accused Batali of touching them inappropriately. Three of the women worked for Batali in some capacity over the last two decades.

The chef became a household name after he began hosting a hit cooking show on the Food Network in the late 1990s.

In a statement released to Eater New York, Batali didn't deny the accusations, saying: "Much of the behavior described does, in fact, match up with ways I have acted. That behavior was wrong and there are no excuses."

Batali & Bastianich Hospitality Group confirmed the famed chef was stepping away from the company's operations. The group also told multiple news outlets that going forward, any employees who wish to file a complaint against upper management, including owners, will file those complaints with a third-party company.

And ABC said it was temporarily removing Batali as co-host of "The Chew" while it reviewed the allegations against him.