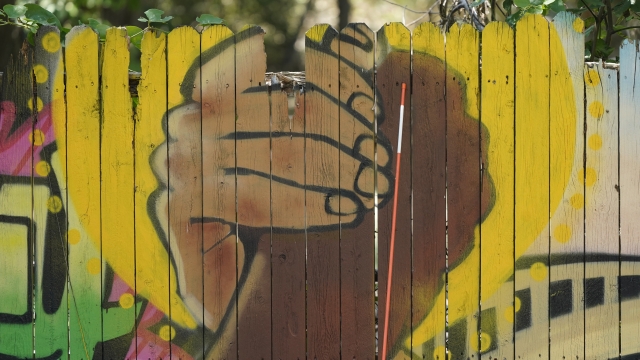 Politicians are pulling out their pencils as they get ready to reshape electoral maps.

Redistricting season officially kicks off with the release of detailed population data from the U.S. Census Bureau that will be used to redraw voting districts nationwide — potentially helping determine control of the U.S. House in the 2022 elections and providing an electoral edge for the next decade.

The new data being released Thursday will show which counties, cities and neighborhoods gained or lost the most people in the 2020 census. That will serve as the building block to redraw 429 U.S. House districts in 44 states and 7,383 state legislative districts across the U.S. The official goal is to ensure each district has roughly the same number of people.

But many Republicans and Democrats will be operating with another goal — to ensure the new lines divide and combine voters in ways that make it more likely for their party's candidates to win future elections, a process called gerrymandering. The parties' successes in that effort could determine whether taxes and spending grow, climate-change polices are approved or access to abortion is expanded or curtailed.

Republicans need to gain just five seats to take control of the U.S. House in the 2022 elections — a margin that could potentially be covered through artful redistricting.

“Redistricting really is the ballgame this cycle in the House," said David Wasserman, an analyst for congressional races at The Cook Political Report. "Even tiny changes to district lines could have huge implications that tip the balance of power in the House.”

As they did after the 2010 census, Republicans will hold greater sway in the redistricting process.

The GOP will control redistricting in 20 states accounting for 187 U.S. House seats, including the growing states of Texas, Florida, Georgia and North Carolina. By contrast, Democrats will control redistricting in just eight states accounting for 75 seats, including New York and Illinois, where the loss of a seat in each gives them a chance to squeeze out Republican incumbents.

In 16 other states accounting for 167 U.S. House seats, districts will be drawn either by independent commissions or by politically split politicians with legislative chambers led by one party and governors of another. Six states have just one U.S. House seat, so there are no district lines to be drawn.

States with significant population shifts provide some of the best opportunities for parties to gain an advantage through redistricting. They can add a favorable district, eliminate one held by their opponent or redraw a competitive district to contain a more comfortable majority of supporters.