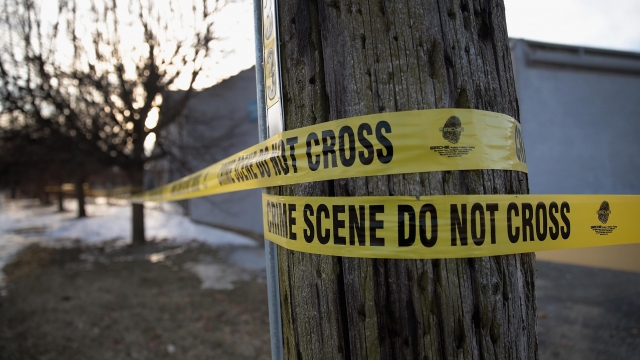 The parent company of an Aurora, Illinois, manufacturing plant where a deadly shooting took place Friday said the plant will be back open on Monday.

During a news conference Saturday, Mueller Water Products CEO Scott Hall said starting Sunday, the Henry Pratt Company will provide grief resources, like counseling, to employees. He said the company would be open Monday, but didn't know if production will resume on Monday, too.

The CEO said the gunman, 45-year-old Gary Martin, was being fired on Friday for a "culmination of many workplace violations." That's when Martin pulled out a gun and opened fire, killing five people.

Hall said, "I can also confirm that we conducted a background check when the employee was hired 15 years ago, which did not surface his prior felony conviction in Mississippi."

He said the building went into lockdown when the shots were fired, as directed by the company's active shooter protocols.

"In the days and weeks ahead, we will be reviewing every aspect of this tragedy and the steps we need to ensure this horrible incident is never repeated. We're assessing if there's anything we could've done or could do in the future," Hall said.

Police shot and killed Martin during an exchange of gunfire. Authorities have searched his home.