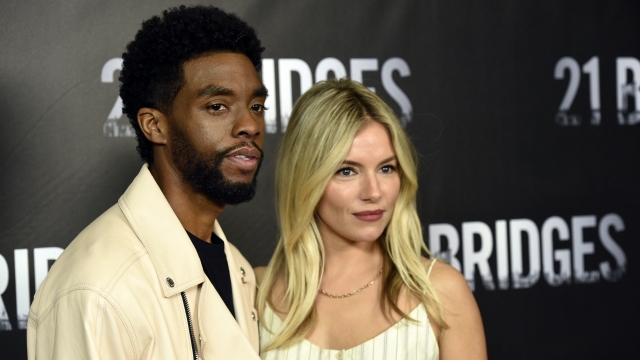 Sienna Miller revealed the late Chadwick Boseman shared part of his "21 Bridges" pay so she could get what she deserved.

Friends and fans are still remembering actor Chadwick Boseman, including actress Sienna Miller who revealed how the "Black Panther" star paid it forward in the interest of equal pay for women in Hollywood.

Miller told Empire Magazine the studio producing the 2019 film "21 Bridges" wouldn't meet her pay request. Boseman, who was a producer of the film, fought for her to receive the pay he said she deserved, including agreeing to a pay cut for himself.

Boseman donated a portion of his salary to Miller, and she called the generous act "the most astounding thing that I've experienced."

She continued, "I know that everybody understands about the pay disparity in Hollywood, but I asked for a number that the studio wouldn't get to. ... It's just unfathomable to imagine another man in that town behaving that graciously or respectfully."

Boseman died in August after battling colon cancer for four years. He was 43.