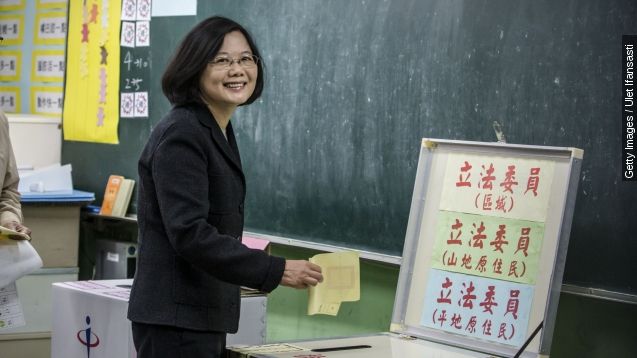 The relations between China and Taiwan could change after the island nation's former opposition party was elected to office.

Tsai Ing-wen is from the Democratic Progressive Party, or the former opposition party. And that naturally brings up questions about Taiwan's relationship with China moving forward.

Taiwan isn't recognized everywhere as its own country — mainly because of its Chinese neighbor, which considers Taiwan a territory.

Both nations have had separate governments for more than 65 years, but China is Taiwan's biggest trade partner. (Video via Al Jazeera)

The former political party in control was pro-China and has encouraged economic ties for the past eight years. (Video via CCTV)

The DPP says it wants to reconfigure and prevent the island from becoming an official Chinese territory, though Tsai has insisted she won't mess with the diplomatic status quo.

Some other issues? DPP is also pro gay rights. If Taiwan legalized gay marriage, it would be the first Asian country to do so. (Video via CTI-TV)

And on top of many potential changes, we will likely be seeing more of Tsai's beloved cats.