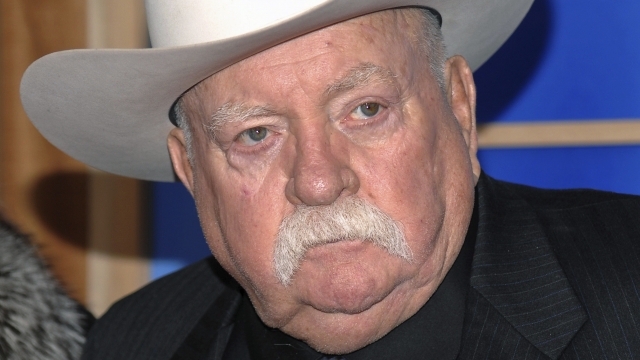 The actor and internet sensation died Saturday morning in a Utah hospital and was known for his walrus mustache and gruff demeanor.

Wilford Brimley — best known as a character actor in movies like "Cocoon" — has died. He was 85.

Brimley's manager, Lynda Bensky, said the actor passed away in a Utah hospital Saturday morning. She said he was on a dialysis machine and had several health ailments.

Bensky said: “Wilford Brimley was a man you could trust. He said what he meant and he meant what he said. He had a tough exterior and a tender heart. I’m sad that I will no longer get to hear my friend’s wonderful stories. He was one of a kind.”

With a walrus mustache and gruff demeanor, Brimley got his start as a stunt man before appearing in iconic films like "Cocoon," "The Firm" and "The Natural."

Later in life, Brimley's commercial appearances would become something of an internet meme. For years he was a Quaker Oats pitchman and, in a Liberty Medical commercial, his pronunciation of "diabetes" as "diabeetus" has become a part of the internet lexicon.

Brimley is survived by his wife Beverly and three sons.