Charges For Michigan Students Who Made Copycat Threats 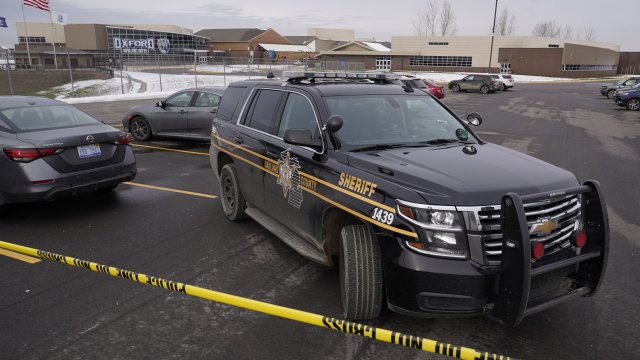 A Michigan prosecutor charged nine students, ages 12 to 14, for threats allegedly made against six school districts following a recent shooting.

Criminal charges were announced against nine west Michigan kids accused of making threats against local schools. It’s an issue faced by districts across the state since the deadly shooting at oxford high.

On Wednesday, Hilson assured parents that the danger against area educators appears largely resolved, after his office authorized numerous charges — from disturbing the peace to false report or threat of terrorism — against nine students ages 12 to 14 for threats allegedly made against six districts.

In an email, the superintendent says an eighth grade student faces a five year felony after posting a threat to Snapchat late Sunday night. It says he did so because he “did not want to go to school.”

Five of those charged appeared in court, with home confinement and strict conditions prohibiting social media use ordered in those cases. Officials say court dates for the four others will be scheduled within days.