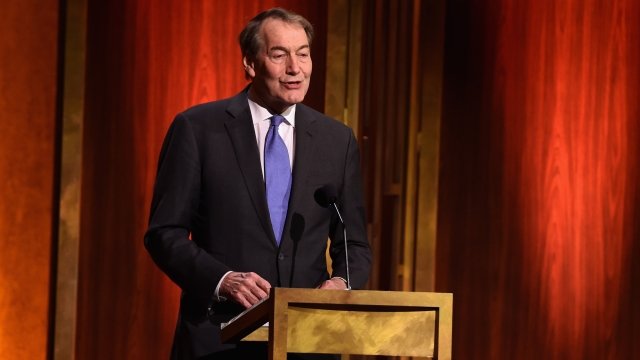 TV host and journalist Charlie Rose has been fired from CBS News.

CBS News president David Rhodes announced the decision in a memo Tuesday. It read, in part, "There is absolutely nothing more important, in this or any organization, than ensuring a safe, professional workplace — a supportive environment where people feel they can do their best work."

Not long after, a PBS spokesperson confirmed it terminated its relationship with Rose, saying, "PBS expects all the producers we work with to provide a workplace where people feel safe and are treated with dignity and respect."

He made the announcement the same day new allegations of harassment came to light in Congress.

He was promptly suspended by PBS, which airs the "Charlie Rose" show, and CBS, where Rose co-hosted "CBS This Morning."

Before being fired, Rose responded to the allegations in a statement: "It is essential that these women know I hear them and that I deeply apologize for my inappropriate behavior. I am greatly embarrassed. I have behaved insensitively at times, and I accept responsibility for that, though I do not believe that all of these allegations are accurate."

As of Tuesday afternoon, he had yet to comment on his termination from CBS. It's unclear who the network will tap to replace him.