Charlotte Pence: Anti-Abortion Movement Can Do More To Be Kind 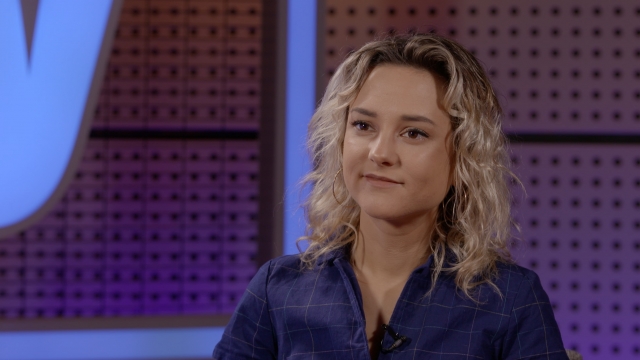 The movement has been accused of being more anti-abortion than pro-life. The VP’s daughter explains to Newsy what needs to happen next.

The march may have taken place blocks away but the White House was front and center at the annual March for Life, from a speech from the president to a youth rally featuring Vice President Pence’s daughter Charlotte.

“The pro-life issue is the human rights issue of our day.”

“You said in your speech yesterday, that you felt like this issue is a human rights issue. I’ve also heard you call it a social justice issue. Can you explain why that is?"

“I think that you can see social justice in a lot of different ways. It’s really just making sure that everybody has equal access which I do think that abortion inherently takes away access to an unborn child. It automatically puts them in an unequal status. But I think that the pro-life movement isn’t always perfect in being kind and compassionate.”

The second daughter says her decision to speak out on abortion isn’t political.

“I often kind of joke with people that I am not very political and they tell me you know, I am in the wrong family for that.”

The administration and the movement have been accused of being more anti-abortion than pro-life.

“I have noticed inside the pro-life movement this push toward going beyond, what they call pro-birth, caring for things like the immigrant, Medicaid expansion and paid maternity leave. Do you think the pro-life community needs to expand its message beyond abortion?"

Anti-abortion leaders, like the Susan B Anthony List, say Vice President Mike Pence, and his conservative history, were big factors in winning over members of the movement who weren’t so sure about candidate Trump.

“In 2016, Donald Trump didn’t really have a record on the life issue.”

In 2020, he became the first sitting president to speak at the March for Life.

The SBA List is now vowing to dedicate 52 million from a super PAC to his reelection citing his appointment of more than 150 conservative judges across the judicial system.

Much to the dismay of pro-abortion groups like Planned Parenthood who say Trump’s judicial footprint “Could restrict rights and freedoms for generations.”

According to a January 2020 Gallup poll, a majority of Americans are dissatisfied with the nation’s abortion laws, with 22 percent who favor less strict laws and 24 percent who feel they should be stricter.

It’s an issue that is bound to fire up voters ahead of the election. Win or lose Charlotte Pence says she will continue with the movement.

“I really am passionate about the issue of abortion but I’m also very passionate just about helping people come forward and talk about it and not feel judged which I think can be a really tricky thing.”