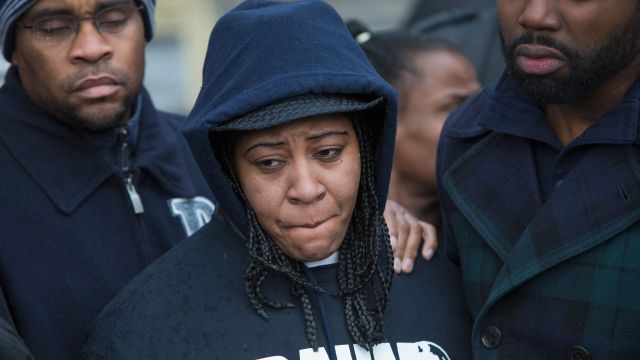 A Chicago police officer is seeking more than $10 million in damages from the estate of a man he shot and killed because he says the incident caused him "extreme emotional trauma."

According to Rialmo’s lawsuit, the officer was forced to fire his weapon because he feared for his life. The lawsuit alleges LeGrier repeatedly swung a baseball bat at the officer's head and ignored multiple orders to drop the bat. (Video via WMAQ)

But that's not what LeGrier's father says happened. In a wrongful death lawsuit Antonio LeGrier filed against the city, he said his son "never posed a danger or threat of harm to any Chicago police officer before he was shot." (Video via CNN)

The family of Bettie Jones also filed a wrongful death lawsuit against the city. The Chicago Police Department called Jones' death an "accident" and apologized.

Officer Rialmo's lawyer told the Chicago Tribune: "He's got this extra added burden [with] the death of Jones. He's going through what I would call the normal grieving process for someone who is forced to take a human life."

This video includes images from Getty Images and music by Chris Zabriske / CC BY 4.0.