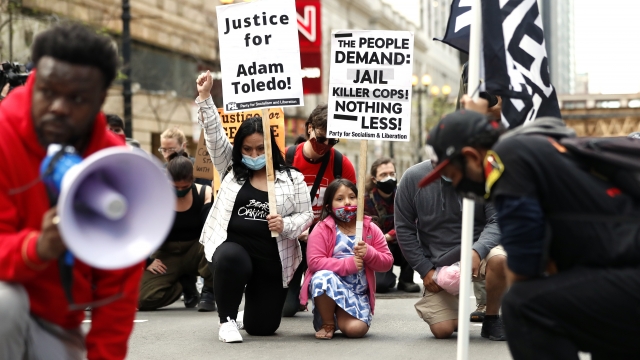 The family of Adam Toledo, the 13-year-old boy killed by Chicago Police, is asking officials to hold off on publicly releasing footage of the shooting.

The family was finally able to see the video last night.

Adam was killed on March 29.

Police were responding to a call about shots fired when they found Adam and a 21-year-old man.

As they arrested the 21-year-old Adam ran into an alley and an officer shot him because police say he had a gun.

While officials can hold off on releasing the video for now they will eventually have to in order to comply with Chicago's video release policy.