Dawson's family announced his death in a statement through KMBC, the Kansas City-based TV station where he worked as a broadcaster.

Hall of Fame quarterback Len Dawson, whose unmistakable swagger in helping the Kansas City Chiefs to their first Super Bowl title earned him the nickname "Lenny the Cool," died Wednesday. He was 87.

Dawson's family announced his death in a statement through KMBC, the Kansas City-based television station where he starred in his second career as a broadcaster. No cause was given, though Dawson had been in declining health for years. 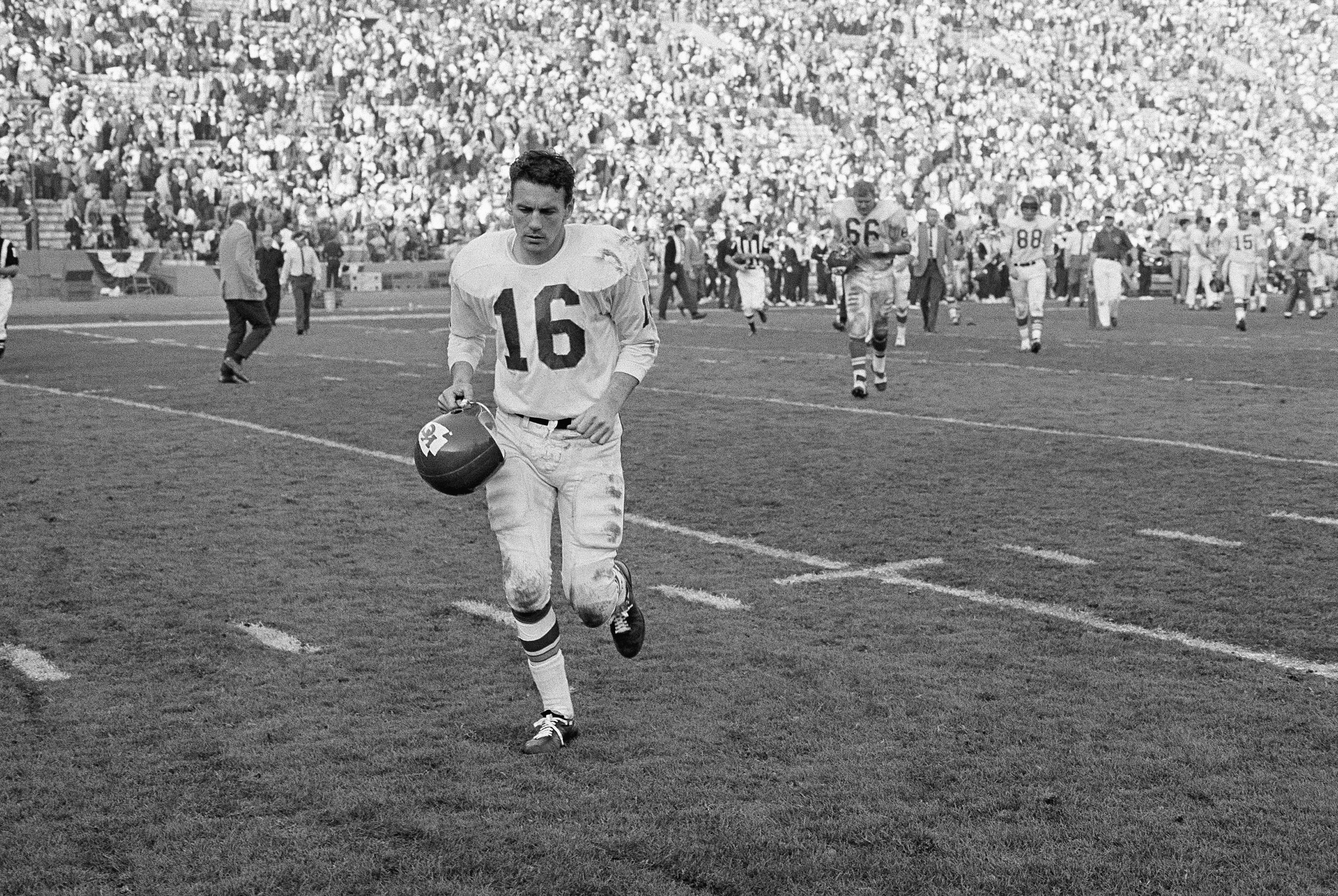 "With wife Linda at his side, it is with much sadness that we inform you of the passing of our beloved Len Dawson," the family's statement read. "He was a wonderful husband, father, brother and friend. Len was always grateful and many times overwhelmed by the countless bonds he made during his football and broadcast careers."

The MVP of the Chiefs' victory over the Vikings in January 1970, Dawson had entered hospice care on Aug. 12.

"He loved Kansas City," his family said, "and no matter where his travels took him he could not wait to return home."

Dawson personified the Chiefs almost from the start, when the suave standout from Purdue lost out on starting jobs in Pittsburgh and Cleveland and landed with the nascent franchise, then located in Dallas. There, Dawson reunited with Hank Stram, who had been an assistant with the Boilermakers, and together they forever changed the franchise.

The coach and quarterback won the AFL championship together in 1962, their first year together, and became bona fide stars the following year, when club founder Lamar Hunt moved the team to Kansas City and rechristened it the Chiefs. 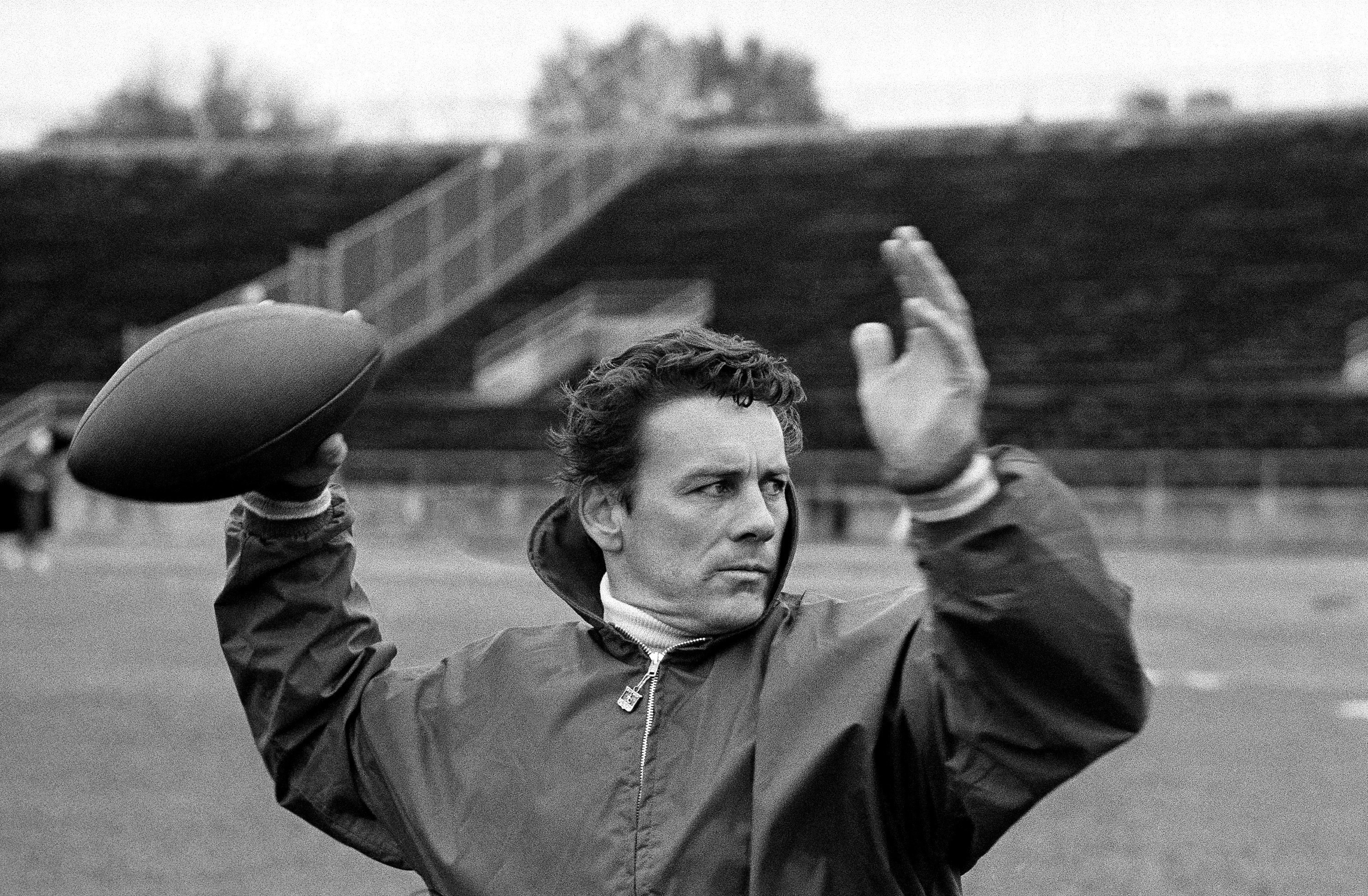 They proceeded to win two more AFL titles, one in 1966 when they lost to the Packers in the first Super Bowl, and the other in '69, when Dawson came back from an injury to help beat the Vikings at Tulane Stadium in New Orleans.

"Looking back on my career, I've been blessed for what I had the opportunity to do," Dawson told The Associated Press in 2017, shortly after he announced his retirement from his second career as a Hall of Fame broadcaster.

"I could not have accomplished so much without my teammates and colleagues, and I'm grateful for each of them."

Dawson always remained a beloved figure in Kansas City, even though he cut back on public appearances several years ago when his health began to fail him. But he always had time for fans, whether it be a photograph or signature, the latter often on an iconic black-and-white photo from halftime of that first Super Bowl: the exhausted quarterback, white uniform caked with mud, sitting on a folding chair with a cigarette in his mouth and a bottle of Fresca at his feet.

"Next to my father, few people have had a more lasting impact on the Kansas City Chiefs than Len Dawson," Chiefs owner Clark Hunt said a few years ago. "Over the course of a legendary career, first as a player and later as a broadcaster, Len has been a part of every major moment in franchise history."

Dawson was born June 20, 1935, the ninth of 11 children who filled the house of James and Annie Dawson in the blue-collar manufacturing town of Alliance, Ohio. He was a three-sport athlete at Alliance High School, setting records in both football and basketball, and turned his success on the gridiron into a scholarship offer from Purdue.

There, Dawson led the NCAA in passing efficiency as a sophomore while also playing defense and kicking, and he helped lead a memorable upset of Notre Dame during that 1954 season. By the end of his college career, Dawson had thrown for more than 3,000 yards, despite playing in an era that favored ground-and-pound football.

Dawson was chosen by the Steelers in the first round of the 1957 draft, but he wound up riding the bench behind Earl Morrall as a rookie and then failed to beat out Bobby Layne for the starting job the following season. The Steelers ultimately traded him to the Browns, where Dawson was unable to beat out Milt Plum for the job and was released.

One of the great disappointments of Dawson's career wound up being one of the best things to ever happen to him. 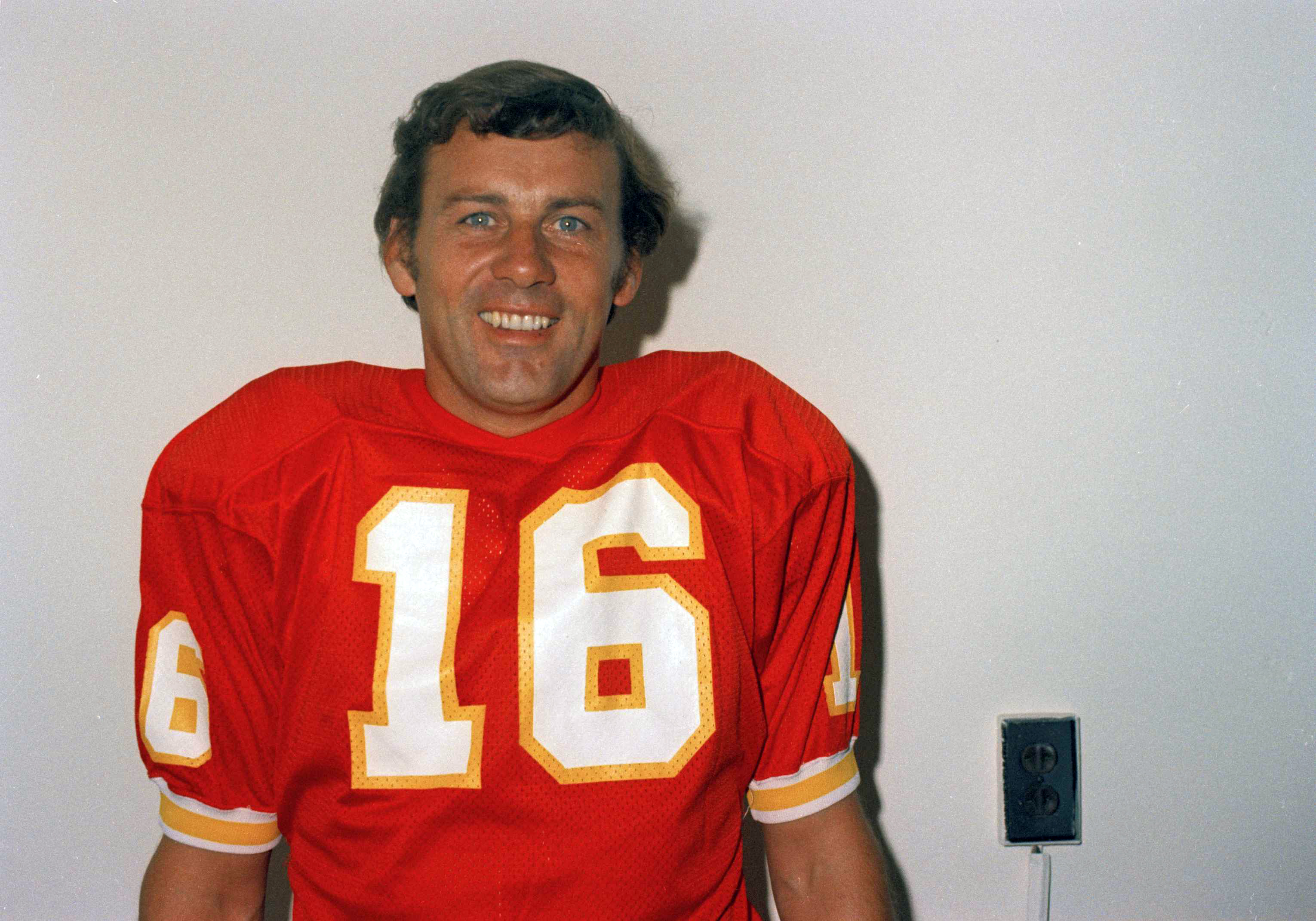 With newfound freedom to sign anywhere, Dawson jumped to the upstart AFL and the Texans, lured in part by the chance to play for one of his old coaches at Purdue. Stram was able to finally tap into his talent, helping Dawson to quickly become one of the league's prolific passers as the Texans went 11-3 and won the first of three championships.

The second came in 1966, when Dawson led the Chiefs to an 11-2-1 record and a 31-7 blowout of the Bills in the AFL title game. That earned the Chiefs the chance to face the powerhouse Green Bay Packers — and coach Vince Lombardi — in the inaugural Super Bowl, where Dawson threw for 210 yards and a touchdown in a 35-10 defeat.

It was the 1969 season that proved to be the most memorable of Dawson's career, though. He sustained a serious knee injury against the Patriots in Week 2, forcing him to miss the next five games, but went on a tear once he returned to the field. Dawson led the Chiefs to victories over the defending champion Jets and bitter rival Raiders to reach what would be the final Super Bowl before the AFL-NFL merger, where he threw for 142 yards and a score in a 23-7 triumph.

"It was overwhelming," Dawson said afterward. "It's just, you know how that relief comes with you know it's over with, and we've been successful? That's the feeling that I had when I came off the field."

Dawson continued to play for six more seasons in Kansas City, setting many franchise records that stood until a youngster named Patrick Mahomes came along, before hanging up his helmet after the 1975 season.

Along the way, Dawson parlayed what began as a publicity stunt into a second career in broadcasting.

In 1966, then-Chiefs general manager Jack Steadman wanted to drum up support for the franchise in Kansas City and convinced Dawson to anchor a sports segment on the nightly news. His natural charisma and folksy style made Dawson a natural, he turned his attention to TV and radio on a full-time basis after his playing career had finished.

Dawson continued to work in local TV for several decades, adding game analysis for NBC from 1977-82 and hosting HBO's iconic "Inside the NFL" from 1977-2001. He also served more than three decades on the Chiefs' radio broadcast team.

After going into the Hall of Fame as a player in 1987, Dawson was inducted as a broadcaster in 2012.

"It's been a true privilege and honor to have Len at the center of our broadcast team for the last 33 years," said Dan Israel, the executive producer of the Chiefs' radio network, upon his retirement a few years ago. "His contributions to not only this sport, but our industry, are incredibly profound."

Dawson was married to his high school sweetheart, Jackie, from 1954 until her death in 1978, and together they had two children. His second wife, Linda, remained by his side even when Dawson was forced to enter hospice care.