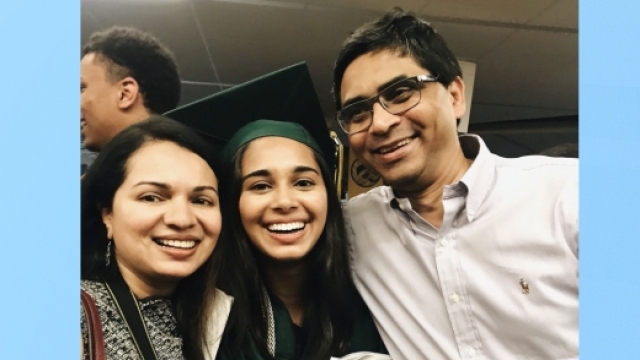 A new bipartisan bill would grant permanent residency if they've maintained legal status in the U.S. for at least 10 years and graduated from college.

When Glo Harn Choi turned 21, he became undocumented despite having lived in the U.S. legally since he was a toddler.

"My whole life, it was kind of building up to that moment where, you know, one day, you know, as terrible as things are, things are only going to get worse," Choi said. "I actually thought I was the only undocumented Korean person in the entire country."

He came to Chicago in the late '90s as a dependent on his father's student visa.

Soon after, his sister was diagnosed with severe autism — and his parents decided she'd have a better life in the U.S.

For over 10 years, they tried without success to change the family’s student status to something more permanent.

"By working at restaurants, factories, laundromats, as a limousine driver. And all those places said, 'You know, we'll sponsor you.' And none of them ever did that."

As a result, Choi – now 29 years old – lost his dependent visa on his 21st birthday.

It's a prospect that around 200,000 young immigrants in the U.S. currently face: the possibility of aging out of their dependent status without a clear path to permanent residency

Tired of feeling left out, these so-called "Documented Dreamers" have started speaking out.

Indian immigrant, Pareen Mhatre, said: "We just want to be included in any proposed legislation that's related to Dreamers."

Her parents legally brought her to the U.S. from India when she was an infant when they went to work at the University of Iowa.

"I felt like any other American kid," Mhatre said.

Once she finishes her biomedical engineering degree, things will get complicated.

Mhatre said, "Once we turn 21 or once we graduate college. It's like what, we just leave? It doesn't make sense."

She'll either be forced to self-deport to a country she doesn't remember living in or she'll have to find an employer to sponsor a work visa.

But those visas have limited spots and are highly coveted.

"That's what my future is going to look like. We’ll see how it goes."

Despite the uncertainty, Mhatre feels hopeful.

She has found a community — and a voice — by joining Improve the Dream, an organization that raises awareness of the fate of Documented Dreamers.

"We were all kids when we came to this country," said Mhatre. "We were innocent. We were young. I wasn't even fully conscious, like I was four months old, right?"

Their activism is paying off.

A new bipartisan bill would grant them permanent residency if they've maintained legal status in the U.S. for at least 10 years and graduated from college.

If that doesn't pan out, they hope Democrats will manage to pass immigration reform unilaterally through budget reconciliation.