Chilean Government To Write New Constitution After Weeks Of Protests 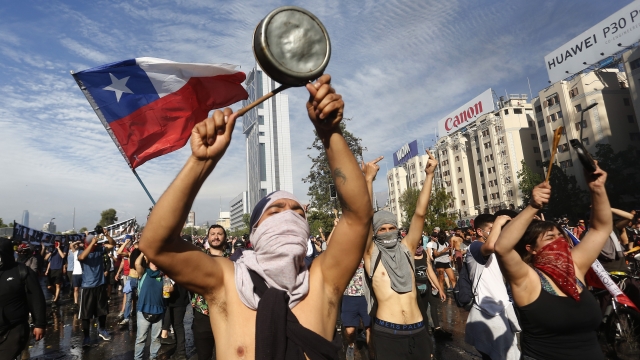 Chilean President Sebastián Piñera told a local news outlet the government has been working on a new draft of the constitution.

The Chilean government announced Sunday that it will rewrite the country's constitution, a key demand from protesters nationwide.

Protesters first took to the streets nearly a month ago in response to a public transit fare hike. But now they're demanding wider reforms. There have been countless riots, looting and arson. At least 20 people have died.

Chilean President Sebastián Piñera told a local outlet the government is already working on a new draft. But officials say it will take time.

Interior Minister Gonzalo Blumel said, "We, as the government, will send our proposal for the mechanism of constitutional change in the next few days."

The new constitution will go to a public referendum. Officials say it will take effect within two years.