Chimps Can Spread The Alert About Danger Just Like Humans Do 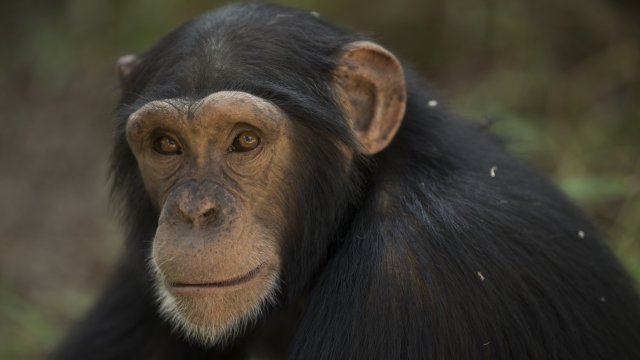 It was once thought that only humans can warn others about potential dangers. But researchers say chimps also have a way of doing that.

Scientists used to think only humans could alert others about a serious problem — like using a fire alarm or yelling, "fire." But with the help of some fake snakes, we've found chimpanzees can also signal danger.

Researchers hid fake snakes near wild chimps to see what happened when the animals saw the danger. In a third of the cases, chimps that found one would look from the snake to their friends and back to signal where the threat was.

Researchers also tested if chimps changed warnings based on the severity of a threat. In a separate experiment, hidden speakers near groups of the animals would play recorded chimpanzee calls that either signaled a chimp knew about the snake or it didn't.

The National Institutes of Health said it would stop lab-testing chimpanzees, so sanctuaries are scrambling to get new homes ready for the animals.

If chimps found a snake after hearing fake calls that implied there was no threat, they used active body language and "alert hoos" to show members where the new danger was.

Although the animals can signal danger, it doesn't always mean they'll tell every chimp nearby. Researchers noted in the experiment, chimps signaled to members of their group they knew, not to strangers.