China Blocks Gmail After Years Of Sparring Over Censorship 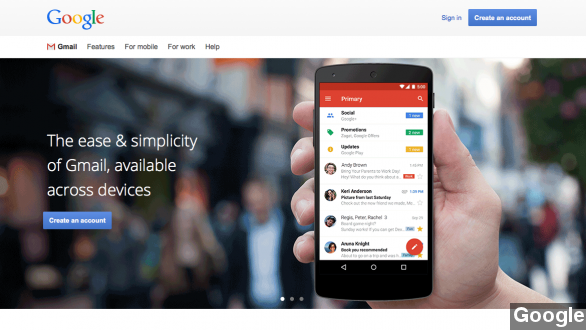 Gmail is down in China, and everybody seems to be pointing the finger at the country's "Great Firewall."

Checking your Gmail in China hasn't been a walk in the park over the last few months, but it now looks to be downright impossible.

The service is completely down in the country, and all fingers are pointing to the Chinese government — specifically, the "Great Firewall." (Video via The New York Times)

That's the popular name for the massive censorship tool China uses to ban certain websites — and Google has been a target in the past. (Video via The Economist)

The tech giant has sparred with the Chinese government over free speech, complying with the country's censorship policies for years before finally defying them in 2010 after hackers with government ties infiltrated Google China's servers. (Video via Channel 4)

Google's transparency report shows a sudden drop in Gmail traffic in China starting on Christmas. It bottomed out the next day.

Since March, the service has seen disruptions, with users having to turn to Virtual Private Networks — VPNs — to access their mail, a tool usually used to bypass the firewall. (Video via Siemens)

The Chinese government hasn't commented on the outage, and it probably won't.

The whole conflict with Google over censorship has itself been censored, so if the government is behind the attack, they're not likely to cop to it.

But they're already hearing the backlash. The New York Times highlighted a Nanjing University professor's blog about students wanting to study overseas.

"Such blockage brings great inconvenience. Many years later, when they will consider whether they should go back to China, this experience might lead them to choose, without hesitation, not to return."

For its part, Google says the outage isn't on the company's end.