China Builds An Island And Stakes Its Claim In Disputed Seas 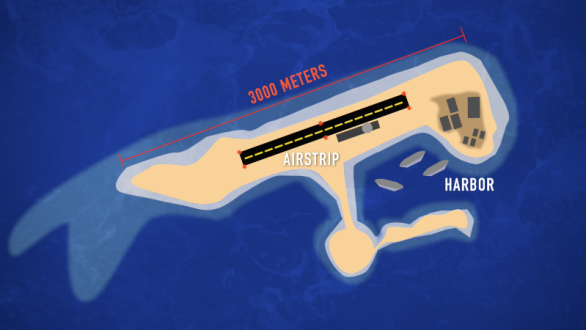 China is challenging the U.S. and its allies in the south Pacific with a manmade island meant to serve as a military post.

China is building an island in disputed waters.

Scratch that. China is building a military post in disputed waters.

China's government claims "indisputable sovereignty." China's military spending is seven times higher than all those nations combined. It has the world's highest troop count, an aircraft carrier, and now it has a manmade military post that's bigger and better than any Spratly Islands post from U.S. allies.

The question now: who will run the Pacific?