China Criticized For Giving Too Little In Philippines Aid 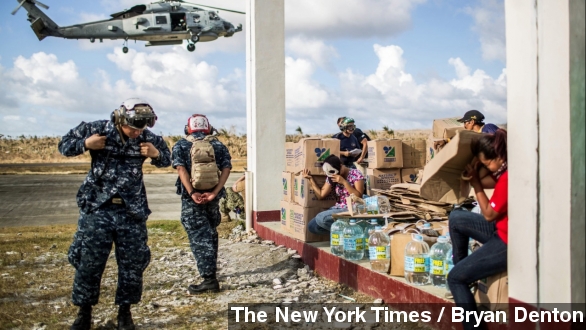 A $1.6 million donation from China is topped by not just aid from the U.S. and United Kingdom but also by a $2.7 pledge from IKEA.

China has given $1.6 million in aid to the storm-ravaged Philippines, but in the eyes of its critics, that’s not nearly enough.

“I don’t know where we’ll go. The most important thing is we survived.”

With hundreds of thousands homeless, the rebuilding process has begun in the Philippines. Typhoon Haiyan flattened entire cities and left at least 3,600 confirmed dead. (Via CNN)

And the foreign aid has begun pouring in. From the U.S.: $20 million plus the help of Marines. The United Kingdom’s prime minister pledged another $40 million on top of previous donations Saturday. (Via Jewish News 1)

Japan, Australia, New Zealand and South Korea have all given millions to the Philippines. China has sent a notably smaller amount of aid.

As of Saturday, the nation had promised $1.6 million in aid. Originally its foreign ministry had pledged only $100,000. (Via The Telegraph, CCTV)

… and rampant criticism from Western media.

COLBERT: “I bet the Colbert Nation can give more than that …Let’s kick China’s ass at being compassionate, because we’re a brotherhood of man, you stingy jerks.” (Via Comedy Central / "The Colbert Report")

Despite the catastrophic effects of Haiyan, the $1.6 million isn’t near the $10 million China gave Japan after its 2011 tsunami.

Although the BBC found that Chinese citizens, at least those it spoke to, weren’t all that bothered by the relatively small donation. One woman said "It doesn't matter how much the donation is … it's the thought that counts."

Of course, there are political undertones to consider. China has feuded with the Philippines over territory and resources in the South China Sea. (Via NTDTV)

To be fair, China's own shores sustained $700 million in damages from Haiyan, with 10 killed. Though, of course, those figures pale compared to the total havoc just next door.