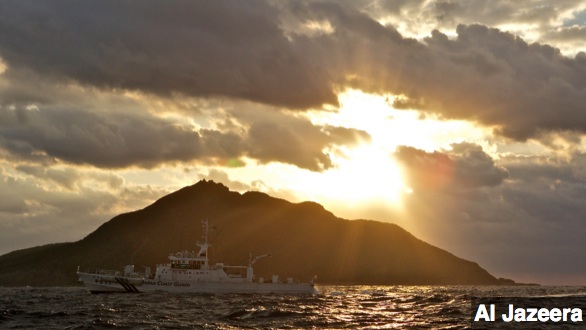 The dispute between China and Japan over a group of islands in the East China Sea has escalated again after China designated an air defense identification zone over the contested area.

To the Japanese, they are known as the Senkaku. The Chinese call them the Diaoyu, and they have been a major source of tension between Asia's two biggest economies for decades as the island are a rich source of oil, natural gas and fish. (Via Al Jazeera)

According to The Wall Street Journal: "U.S. officials have said they fear that such a clash ... could escalate into a military confrontation between China and Japan that could also drag in the U.S., which is [obligated] to defend Japan under a six-decade-old security treaty."

Tensions between China and Japan first escalated earlier this month after Japan announced it would shoot down Chinese drones if they flew over the disputed islands, something China said would amount to an "act of war."