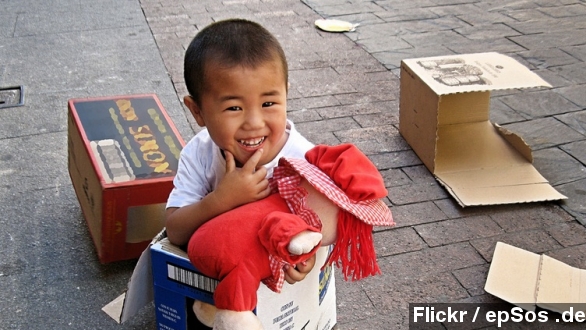 Announcements of change for China after a four-day meeting from the country's Communist Party leaders.

China is easing its longstanding "one child only" policy. This announcement coming out of state-run news agency Xinhua on Friday.

Couples will now be allowed to have two children if one of the parents is an only child. The policy had been in place since the late 1970s, though it had already been exempt to rural families and ethnic minorities. (Via NTDTV, BBC)

And — more changes. China is also promising to stop sending people to labor campus without trial or conviction. That highly controversial system, called "re-education through labor," had been in place for years, and the camps hold thousands of people.

These announcements are coming out of a four-day meeting of Communist Party leaders that ended earlier this week — a meeting to discuss China's future economic reform. (Via Al-Jazeera)

The Wall Street Journal notes this change comes as critics point out an aging population could hurt the country's economic competitiveness. China is the world's second largest economy.

"They're gonna relax curbs on foreign investment in e-commerce, logistics and accounting..."

"They are pretty big changes for China." (Via CNBC)

The documents say the party plans to implement these reforms by 2020.