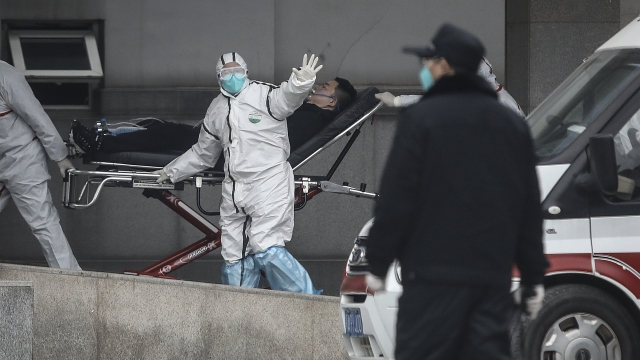 Chinese health officials have enacted precautionary quarantine measures in an effort to stop the spread of a deadly new coronavirus.

Because China's National Health Commission is treating the illness as a Class A infectious disease, authorities nationwide now have the green light to quarantine suspected patients and their close contacts. They can also lock down areas where the illness is rampant.

The majority of cases are in Wuhan, where the illness was initially detected in December. Officials have since confirmed the coronavirus can be spread from human to human and are urging residents in the city to avoid crowded areas.

The virus has spread beyond China, with patients being confirmed in Thailand, Japan, South Korea, Taiwan and the U.S. Authorities say those patients had all recently been in Wuhan.

President Donald Trump told CNBC on Wednesday that he'd been briefed by the CDC on the U.S. case. He said the U.S. has the situation "totally under control."

Part of the CDC's plan to contain the virus includes upping screenings in U.S. airports. Officials have also installed checkpoints at Chinese airports and train stations to check travelers for fevers.

Multiple groups, including the National Institutes of Health, are working to develop vaccines to treat the illness.