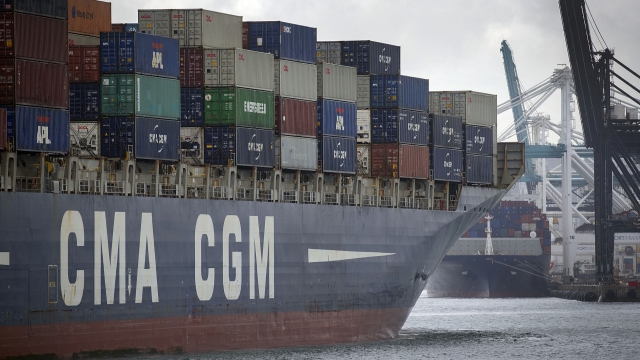 China says it's filed a complaint against the U.S. with the World Trade Organization over tariffs.

A spokesperson for the Chinese Commerce Ministry confirmed the move in a statement Monday. The statement said, in accordance with relevant WTO rules, Beijing will "firmly safeguard its legitimate rights and interests and resolutely defend the multilateral trading system and the international trade order."

The details of the case are still unclear. But it comes as the ongoing trade war between the two countries escalated significantly over the weekend.

On Sunday, the U.S. started imposing 15% tariffs on a wide variety of Chinese goods, from firearms to apparel to electronics. And China slapped new duties on American crude oil.