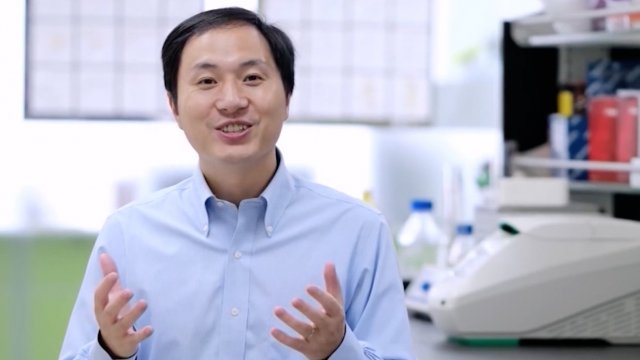 Chinese authorities reportedly called what Dr. He Jiankui did "shocking and unacceptable."

The Chinese scientist who claims to have created the world's first genetically-edited babies has been ordered to stop working.

According to state media reports, authorities halted the research activities of Dr. He Jiankui and others involved in the controversial project. Officials {reportedly} called the incident "shocking and unacceptable," and said it violated Chinese law.

On Wednesday, the scientist defended his work, saying he was "proud" of altering the genes of twin girls so they could not contract HIV.

His work, which he announced earlier this week, has not yet been verified or peer-reviewed, and many scientists are condemning it.

The kind of gene-editing he claims to have done is banned in the U.S.