China Is Mad These Filipino Protesters Landed On A Disputed Island 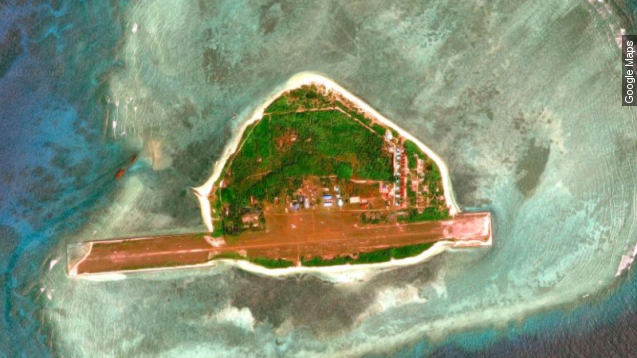 China isn't happy, and that's exactly what the protesters wanted.

A group of Filipino protesters sailed to one of the contested islands in the South China Sea.

They went there to protest China’s actions in the area. The country has been building man-made islands to form what some believe are military outposts in the resource-rich region.

And Beijing wasn’t happy about the protesters’ trip.

A Chinese Foreign Ministry spokesperson said, “China has indisputable sovereignty over the Nansha Islands, including the Zhongye Dao Island.”

The island has a Filipino airfield and military base, and a small civilian population. It’s within the area the Philippines claims in the South China Sea.

But China claims the South China Sea is its sovereign territory where it is “reclaiming islands.” It calls the island “illegally occupied Chinese land” and urged the Philippines to remove its personnel and facilities from the island.

This video includes images from Getty Images and The Center for Strategic and International Studies.