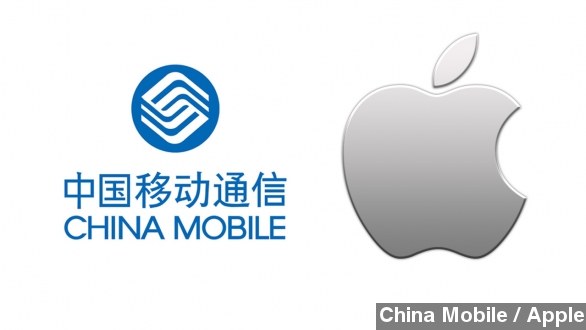 According to reports, Apple and China Mobile have reached a deal. The move will allow Apple to sell iPhones to China Mobile's 750 million customers.

It's been six years in the making and now it looks like Apple and the world's largest mobile carrier —  China Mobile — have finally signed a deal.

A person familiar with the situation told The Wall Street Journal the ink is dry and an official announcement from China Mobile is likely to come at a December 18th event, when the company is expected to unveil its new 4G network.

Neither company has officially confirmed the deal, but it would be huge for both China Mobile and Apple.

"Why does this matter? It helps unlock this market that Apple has really been trying to crack for a long time. Let me tell you how big that market is. China Mobile has 700 million subscribers. Imagine that. That's twice the population of the United States." (Via CNN)

Twice the population of the United States and seven times the size of Verizon's network. That's how big this deal is. Whispers of a deal between the two companies have been swirling for years.

In early 2009, talks were called off altogether.

But in recent months a deal has looked more and more likely. First there were reports that Apple had shipped iPhones to China Mobile.

But it really got serious earlier this week when a China Mobile subsidiary started allowing pre-orders for the iPhone 5c and 5s on its website. (Via Fortune)

And then yesterday, China Mobile finally got its 4G license from the Chinese government — one of the last checkmarks to complete the deal.

Analysts think Apple will sell at least 15 million iPhones to China Mobile customers in 2014, assuming it can keep up with demand. Foxconn is reportedly operating at its highest capacity ever, making as many as 500,000 iPhone 5s' a day as it gears up for the holiday season.