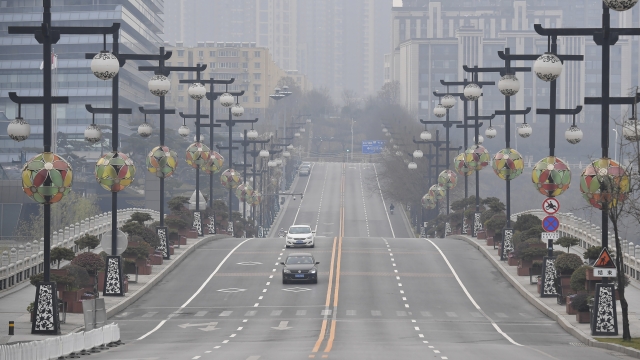 The restrictions apply to Xi'an — the capital of Shaanxi province — as coronavirus cases have been trending up in the area.

China plunged a city of 13 million people into lockdown on Thursday to stamp out an increase in coronavirus infections, as the country doubles down on its “zero tolerance” policy just weeks before it is set to host the Winter Olympics.

The restrictions in the northeastern city of Xi’an took effect at midnight Wednesday, with no word on when they might be lifted. They are some of the harshest since China imposed a strict lockdown last year on more than 11 million people in and around the city of Wuhan, where the coronavirus was first detected in late 2019.

NHL Announces Players Won't Be Allowed To Go To Olympics

Commissioner Gary Bettman made the announcement, making official what seemed inevitable in recent days when the list of postponed games grew to 50.

One person from each household will be allowed out every two days to buy household necessities, a government order said. Other family members were required to stay at home, although the rule was not being rigorously enforced, according to social media posts. People who happened to be staying in hotels became stuck.

There was no word on whether the new cases were of the recently identified Omicron variant that appears more contagious and is driving surges in many parts of the world — or the previous version, Delta. China has reported just seven omicron cases so far, but none in Xi'an.

Though the latest outbreak is about 620 miles southwest of the Olympic host city of Beijing, any sign that the pandemic might be worsening in China will raise questions about whether and how it will manage to welcome thousands of athletes, officials and journalists when the Games open in just weeks on Feb. 4.