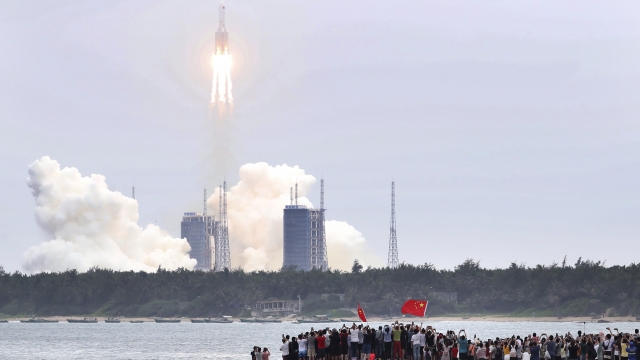 Beijing began working on the project in 1992.

China has sent the main module of its first permanent space station into orbit.

The launch of the so-called "Heavenly Harmony" begins the first of 11 missions necessary to complete, supply and crew the station by the end of 2022.

In a message, President Xi Jinping congratulated launch center staff, saying the project was an important part of China's strategy to develop its technology and aerospace industries.

Beijing began working on a space station plan in 1992.