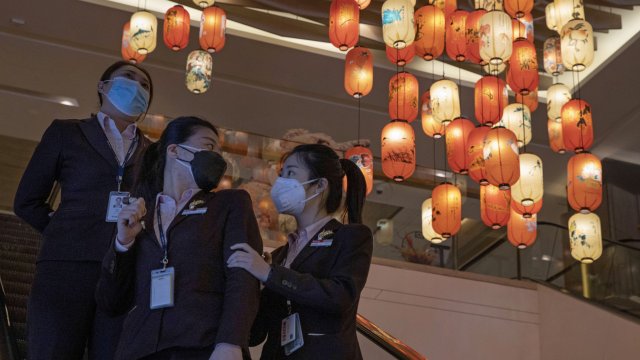 According to China's National Health Commission, there were 34 new cases Thursday. But the agency listed those as imported cases from overseas.

For the first time since the coronavirus pandemic started, China said Thursday it had no new domestic cases of the virus to report.

According to China's National Health Commission, there were 34 new cases of confirmed infections. But the agency listed those as imported cases from overseas. Only eight deaths were reported, and they were all in Hubei province, where the initial outbreak of the virus began.

If these numbers are accurate, it seems China's efforts to fight the coronavirus have been successful. Multiple areas were under extreme lockdown for weeks in an effort to stop new cases.

But there are concerns that people returning to China from abroad could spark another wave of infections.

As of Thursday, there were more than 81,000 confirmed cases of the coronavirus in China, according to Johns Hopkins. The death toll stood at over 3,000, while the number of recoveries exceeded 70,000.