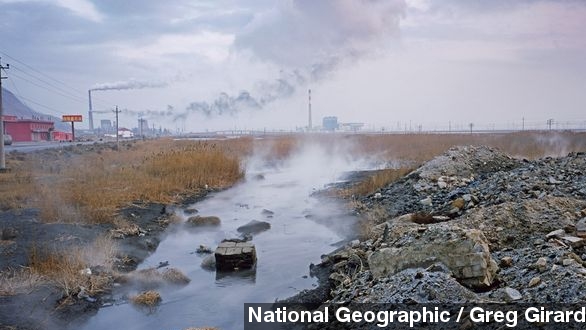 An eight-year-old girl in China has lung cancer and her doctors are blaming pollution.

An eight-year-old girl in China has lung cancer and her doctors are blaming pollution.

The girl — whose name authorities have withheld — is believed to be China’s youngest-ever lung cancer patient. State media reported she lived near a busy street and was constantly inhaling toxic air. (Via Fox News)

Lung cancer causes more than one million deaths around the world every year — and adults who smoke are at much greater risk. But the experts say, when it comes to air pollution, it’s children who are most vulnerable.

And with air pollution as severe in China as it is now — it’s no wonder. As The New York Times reports, “schools are canceling outdoor activities and field trips. and Parents with means are choosing schools based on air-filtration systems.”

Lung cancer deaths are up more than 400 percent in China from where they were three decades ago. Just last month, the World Health Organization classified air pollution as a leading type of cancer.  (Via ABC Australia)

To give you an idea of just how bad things are, in January Beijing recorded air pollution levels 45 times the agency's recommended exposure limit.

Here’s how China should normally look from outer space. (Via NASA)

And here’s how it looked when smog blanketed the capital last year.

But there might be a silver lining to all of this. China’s “airpocalypse,” as it's been dubbed, pressured government officials in September to introduce an $800 billion smog reduction plan. It called for reductions in carbon emissions and coal consumption.

And there’s one more reason for the Chinese government to act on air pollution. (Via ABC, Vice)