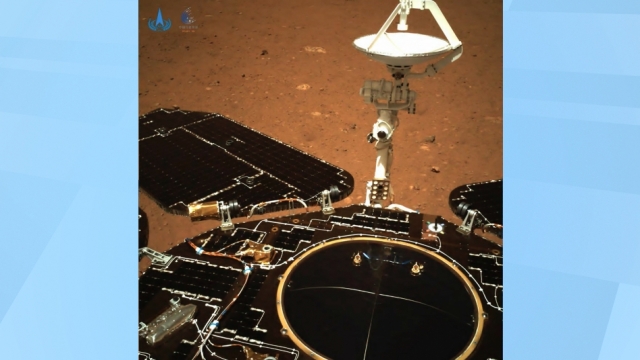 China's spacecraft Zhurong joined the U.S. Perseverance rover, which touched down on Mars in February.

We've got some fresh images of the surface of Mars – this time, thanks to China.

The spacecraft called Zhurong – named after a god of fire in Chinese mythology – sent back its first shots of the Red Planet after a successful landing over the weekend.

And, of course, it's got company – joining the U.S. Perseverance rover, which touched down on Mars in February and is now searching for clues of past life.