China's Habit Of Stealing Our Intellectual Property Costs Us Billions 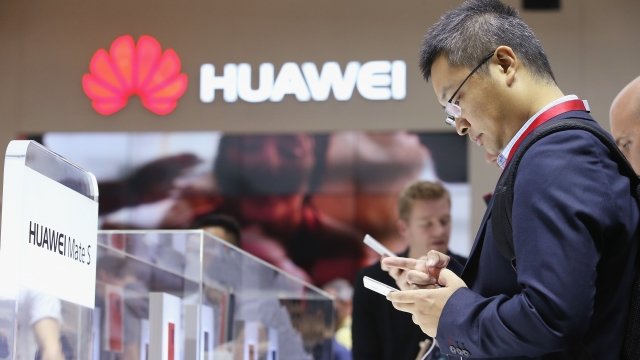 China has one stated goal in the tech industry. Get out from "under the yokes of others." They say that means innovation. Self-sufficiency. R&D. Government financing.

— Imposes a high cost of entry: American companies are forced to turn over key technology, just to enter the market. They describe it as a kind of pay-to-play — in the world's second-largest economy.

— Then matchmaking: In some key industries, like China's energy, telecom and auto sectors, U.S. companies have to form joint ventures with domestic firms. That means transferring valuable technology — intellectual property — to the local company, allowing then local firms to create their own new products in their own new technology.

— Finally, financing: American companies have to compete with Chinese operators that get $300 billion in government assistance.

Trump Says The US Has A $500B Trade Deficit With China. It Doesn't.

Cybersecurity rules rolled out by China in the past couple of years? They've only added to those concerns. For instance, when companies have to share valuable source code or possibly be excluded from a billion potential customers, it's a Catch-22.

The Commission on the Theft of American Intellectual Property says it comes down to this: "China is deeply committed to the industrial policies that include maximizing the acquisition of foreign technology and information, policies that have contributed to greater IP theft."

But American tech companies aren't turning away from China for one basic business reason. They can't. The market is just too big to ignore.

There are 1.4 billion people in China — more than quadruple the population of the United States — all of them with some buying power. Plus, China is booming compared to other large nations. It's accounted for as much as 43 percent of the world's projected tech growth in recent years.

So while the possible payoff is high for innovators, so is the cost for their home country. One estimate says the U.S. loses as much as $600 billion a year to intellectual property theft. And China is considered a major "infringer."

China's response to international concerns? It's simple. The premier said last year, "We will fully implement our plan for developing strategic emerging industries."

Translation: Hand over the secrets, or you can stay out.