Cover Your Head: China's First Space Lab Is About To Fall To Earth 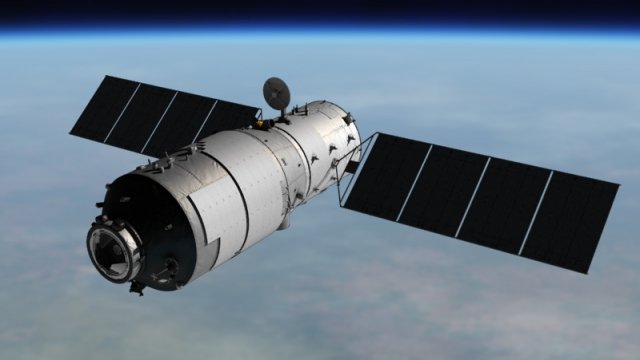 The station stopped responding to commands in 2016, and scientists have been waiting for it to fall to Earth since then.

There are more than 500,000 pieces of debris in orbit above us. And sometimes that junk falls back to Earth.

For over a year, scientists have been trying to figure out when Chinese space lab Tiangong-1 is going to plummet back to its home planet. Now they think they know: They say it will likely re-enter our atmosphere around April 1.

Tiangong-1 was the first space lab China put into orbit. Scientists there hoped it would be a testament to man's future in space. But in 2016, the station stopped responding to commands. After that it was just a matter of time before it came crashing down.

But there's not much reason to worry. Tiangong-1 will almost completely burn up in our atmosphere, and what doesn't will most likely land in the ocean or on some desolate part of the planet.