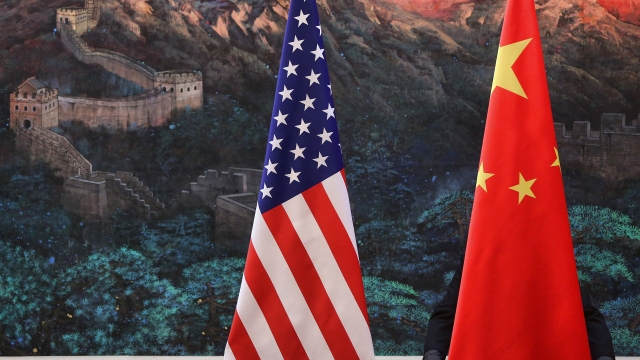 A top Chinese trade official suggested both sides be given the right to take trade enforcement actions against the other.

A top Chinese trade official is suggesting a way to compromise with the U.S. in order to potentially come to a trade agreement.

China's vice commerce minister, Wang Shouwen, floated the idea that both sides should have the right to take trade enforcement actions against the other after a deal is struck.

Speaking at a news conference in Beijing over the weekend, Wang also said he's "hopeful" about the negotiations, which have been ongoing for months.

But last month, U.S. Trade Representative Robert Lighthizer told a House panel that there's still more work to be done before an agreement could be reached with China.

He also outlined what enforcement could look like if the two sides come to a consensus — saying the U.S. will push for regular meetings at different government levels to ensure that the potential pact is being enforced.

President Donald Trump decided not to increase tariffs on $200 billion worth of Chinese goods on March 1 as originally planned after recent "productive" trade talks.

The president also said that if more progress is made, he may plan a summit with Chinese President Xi Jinping at Mar-a-Lago to solidify the agreement.