China Shares Plan To Reduce Its Plastic Reliance By 2025 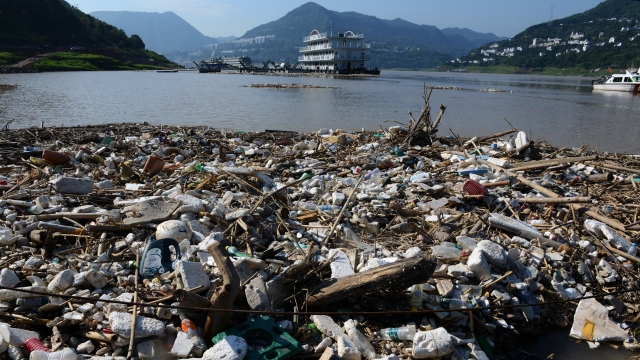 New policies aim to cut plastic reliance over the next five years to "effectively control plastic pollution and strive to build a beautiful China."

On Sunday, China announced a plan to significantly reduce its plastic use and plastic production. It will completely ban some single-use plastic products by the end of the year.

China's National Development and Reform Commission, or NDRC, shared a timeline to phase out certain plastic goods over the next five years to "effectively control plastic pollution and strive to build a beautiful China."

According to a 2019 study, China is the world's leading plastic producer. And another study found that more plastic makes its way into the oceans by way of China's Yangtze River than by any other river.

An NDRC leader told reporters the "irregular production, use and disposal of plastic" not only wastes resources and energy, but will also pollute the environment and affect people's health and safety. They also said, "The implementation of various measures requires the strong cooperation and support of all sectors of society."