China To Lift Travel Lockdown On Wuhan In April 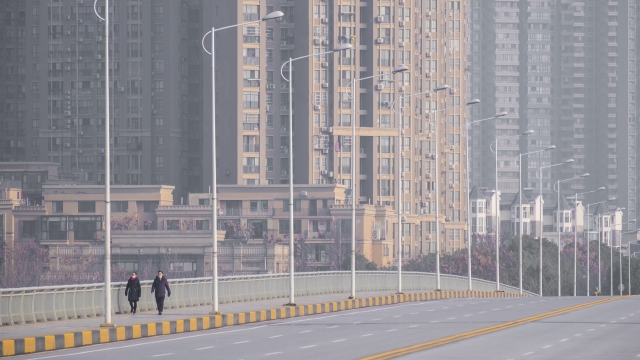 Wuhan government officials announced Tuesday that public transportation in and out of Wuhan will restart on April 8.

The Chinese city of Wuhan and its 11 million residents won't be locked down for much longer.

Local government officials announced Tuesday that public transportation in and out of Wuhan will restart on April 8. Similar travel lockdowns placed on other cities in Hubei province will be lifted on Wednesday.

In an effort to stop the spread of the coronavirus — which originated in Wuhan — China shut down all trains, ferries, buses and outbound flights in the city back in January.

The coronavirus has killed more than 2,500 people in Wuhan. While new confirmed cases are still popping up in mainland China, health officials say the majority of them are people who recently traveled overseas.

Earlier this week, Wuhan officials started to allow some residents to return to work if they can prove they're virus-free.