China Wants US Tech Companies To Play By Its Rules 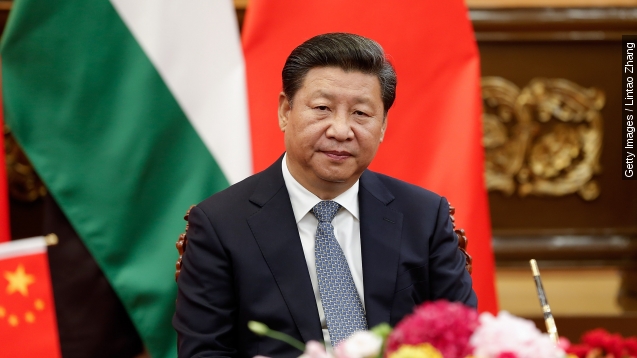 A new report from The New York Times says China is trying to get some American tech companies to pledge that they'll play by the country's rules.

China reportedly asked some American tech companies to pledge that their products are "secure and controllable," and won't harm the country's national security.

That's according to a new report from The New York Times. The paper reports some companies received documents from the Chinese government asking them to pledge to comply with its policies, including potentially having to "turn user data and intellectual property over to the government."

The Times article doesn't say which companies received a letter, but this is just China's latest attempt to control foreign technology as it comes to the nation.

Companies including Facebook and Google are already blocked in the country, so Chinese Internet users often turn to domestic alternatives for social media and messaging.

And sites like LinkedIn that do operate in China have to comply with the country's rules, including storing data about Chinese citizens.

But news of these attempted controls comes as the relationship between China and the U.S. is already strained over technology.

At a business roundtable, President Obama hinted at sanctions in response to China's recent hacks on U.S. businesses.

"We are preparing a number of measures that will indicate to the Chinese that this is not just a matter of us being mildly upset but is something that will put significant strains on the bilateral relationship if not resolved," Obama said.

But during Chinese President Xi Jinping's upcoming trip to the U.S., he might stop by Seattle and meet with what Chinese state media called "friendly groups." The trip includes a meeting hosted by Microsoft, and there are some big-name tech CEOs on the guest list.