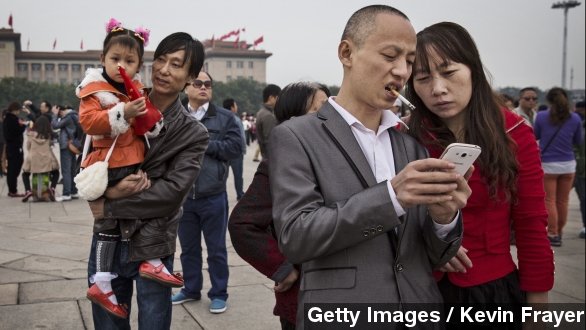 Developing markets were the hotspots for smartphone sales in the third quarter, according to Gartner.

And as Fortune points out, it was phone manufacturers from those developing markets, China in particular, that really took the quarter as smartphone prices continue to shrink.

Apple also saw continued growth, with iPhone sales growing 26 percent in Q3, boosted by the iPhone 6 and 6 Plus. (Video via Apple)

The biggest loser in Q3? Samsung. The manufacturer's sales declined, particularly in Western Europe and Asia, falling close to 30 percent in China. (Video via Samsung)

But the focus of the report was squarely on Chinese manufacturers, with a Gartner analyst arguing they can better "address the needs of upgrade users that aspire to premium phones, but cannot afford Apple or Samsung high-end products."

Gartner pointed to developing markets such as Africa, the Middle East and Eastern Europe, which saw the highest growth — smartphone sales grew by some 50 percent. (Video via Arirang)

Gartner projects as prices of smartphones fall, smartphone sales will reach 1.2 billion in 2014, and by 2018, 9 out of 10 phones in the world will be smartphones.