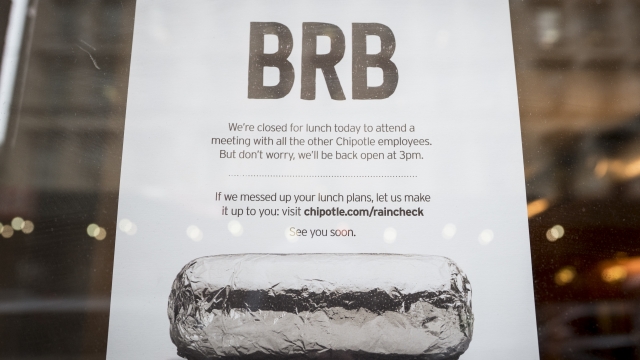 A series of foodborne illness outbreaks shifted the restaurant chain's focus from service to health standards.

If Chipotle's service seems worse lately, it's because it is.

The founder of the fast-casual chain admitted it himself on Tuesday. He says half of the roughly 2,000 Chipotle restaurants in the U.S. aren't meeting company standards for excellent service.

Most of the blame is being placed on E. coli, salmonella and norovirus outbreaks. The company has been so focused on meeting safety protocols that it lost its focus on customer service.

And in some ways, employees may have gotten overwhelmed.

According to The Wall Street Journal, Chipotle typically implements eight operational changes in its restaurants each year. In 2016, employees had to deal with 80.

Others argue Chipotle's service may have gotten worse because it can't afford better. One analyst told Bloomberg that workers are leaving the restaurant because it doesn't "have the capability to pay people more."

All the free food Chipotle gave away this year probably didn't help.