Chipotle Customers Wanted Queso — That Is, Until They Got It 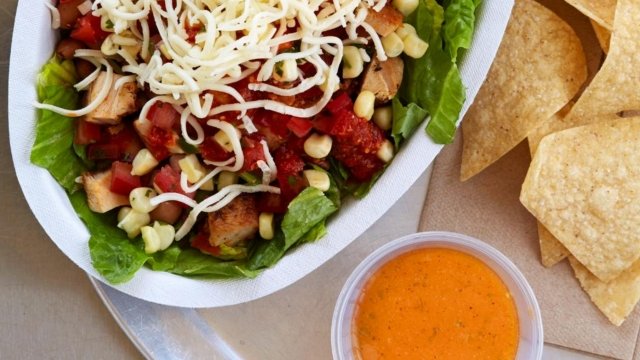 Reviews of the Tex-Mex chain's queso on social media seem to be mostly negative. Some have called it the worst queso they've ever had.

After all the hype and anticipation, the people have spoken, and the reviews for Chipotle's new queso aren't kind.

Twitter was full of critiques of the Tex-Mex chain's newest item. Many complained about the grainy or gritty texture. Some called it the worst queso they've ever had. Others went further and said it was among the worst things they've ever eaten.

According to The Motley Fool, the majority of tweets reviewing Chipotle's queso last week were negative.

Chipotle defended its queso. It told The Washington Post the texture comes from using natural ingredients.

But not everyone agrees that natural and smooth are mutually exclusive.

Researchers Have Found Another Reason To Avoid Fast Food

Turns out even the containers and wrappers could be bad for you.

Del Taco, a West coast chain, recently introduced a queso blanco that's without preservatives or artificial flavors, and it's still getting good reviews for its texture.

It seems like Chipotle's queso blunder is turning away some investors. The chain's stock dropped 3.6 percent Monday and 1.5 percent Tuesday.

Chipotle's been struggling to bounce back from the norovirus outbreak in 2015. The company hoped the queso would help.