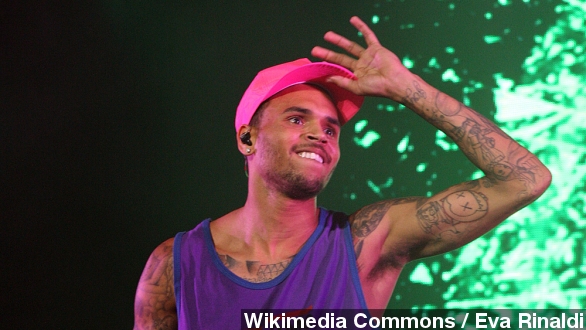 Chris Brown is out of rehab but said he will continue outpatient treatment.

Chris Brown is out of rehab — well, physically out, anyway.

A spokesperson for the singer confirmed to Us Weekly Thursday he is "continuing his rehab program as an outpatient" just two weeks after entering a rehabilitation facility in Malibu.

So, even though Breezy has left the treatment facility, he's still in treatment. (Via RCA Records / "Love Me More")

The announcement comes just a few days after photos surfaced on Twitter of Brown out and about in LA.

For those of you who don't remember, Brown voluntarily checked himself into rehab in late October to reportedly deal with some anger management issues after he was arrested on suspicion of assault.

He packed up and headed to Malibu just one day after he was released from jail on misdemeanor assault charges after he was accused of punching a man in the face outside a D.C. hotel. (Via ABC)

According to the singer's reps, his reason for entering rehab at the time was "to gain focus and insight into his past and recent behavior."

Brown's also apparently started chipping away at his community service duties in the Los Angeles area. In August, he was ordered to complete 1,000 hours... (Via YouTube / American Music Awards)

...after prosecutors said he didn't properly report the hours he'd originally been sentenced to after he assaulted then-girlfriend Rihanna back in 2009. (Via TMZ)

Hopefully, rehab will make Breezy a changed man — and stop that rap sheet from growing.