Chris Christie Says He Might Go 'Nuclear' At The Next Debate 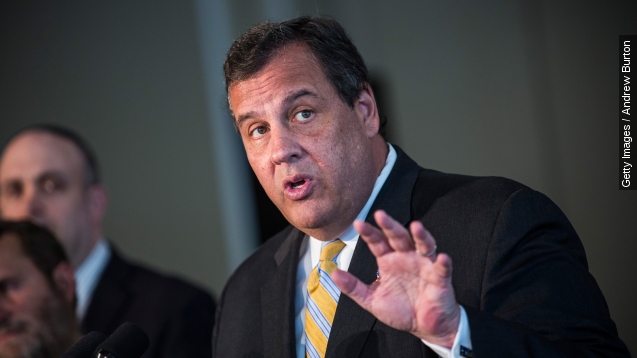 Chris Christie told Jimmy Fallon on the 'Tonight Show' he won't put up with being ignored at the next Republican debate.

Chris Christie told Jimmy Fallon on the "Tonight Show" he won't put up with being ignored at the next Republican debate.

The governor of New Jersey counted he went 20 questions in a row without being asked a single question during the debate earlier in August.

"If I get to fifteen questions in a row, count them at home, if I get that fifteen in a row, they're gonna go, 'Uh-oh, he's going nuclear now,'" said Chris Christie on the "Tonight Show."

Christie hasn't been in the spotlight this race nearly as much as Donald Trump, and he isn't polling too well. Maybe going "nuclear" is a good idea.

It's not like we haven't seen him lose his temper before. (Video via CNN)

During the interview, Jimmy said, "Now Trump is running, and boy, is he just going out and he's yelling and saying stuff. I thought that was going to be your thing?"

Guess we will have to wait until this September to see if there's a nuclear reaction.