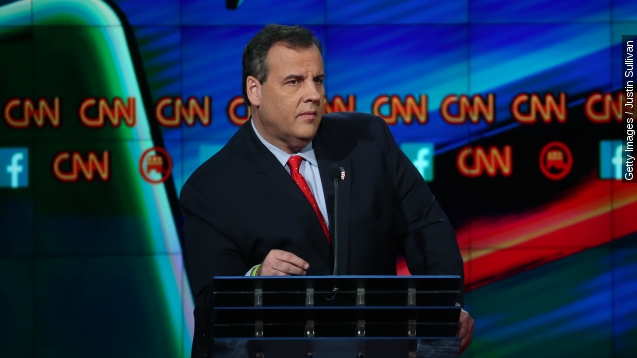 While discussing national security during the GOP debate, Chris Christie made a remark about mothers and fathers that's drawn some criticism.

If you were watching the GOP debate Tuesday night, you might have caught this.

But his words didn't go over well on Twitter. The general consensus: Men aren't the only ones working; this isn't the 1950s.

As New Republic's Gwyneth Kelly put it: "Christie must not be aware that women make up over 40 percent of the workforce in California."

While we're fact-checking the New Jersey governor, we should probably also mention this: "When I stand across from King Hussein of Jordan, I say to him, 'You have a friend, sir, who will stand with you to fight this fight.'"

This video includes images from Getty Images and U.S. Department of Defense.