Christine McVie Wants Back In With Fleetwood Mac 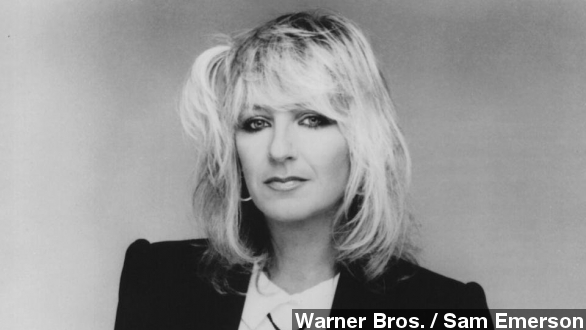 Ex-Fleetwood Mac member Christine McVie wants back in with her former band.

Christine McVie wants back in.

Back into Fleetwood Mac, that is. You might remember she briefly reunited with her former bandmates in London in September. (Via YouTube / Antronoid)

But according to The Guardian, she's interested in making that more permanent. She's quoted as saying: "I miss them all. If they were to ask me I would probably be very delighted."

McVie left the band in 1998 — the year Fleetwood Mac was inducted into the Rock and Roll Hall of Fame.

So that brief reunion in London in September had fans pretty excited. (Via Rolling Stone)

But as Christine McVie herself went on to admit in that Guardian interview, the invitation for a more permanent reunion hasn't happened yet. Earlier this year, Red Carpet News TV asked Mick Fleetwood about the possibility, and while he was cordial, he didn't sound like an invitation was headed her way.

"It seems very normal for her to say hello hopefully at one or two of the shows in London. Anything else is all rumors, I'm afraid."

McVie attributes being "music'd out" when she quit the band and suggested 15 years later, she might have made a mistake leaving. (Via VH1)

Her ex-husband and band member John McVie recently began cancer treatment, which resulted in a canceled tour of New Zealand and Australia. (Via The New York Times)