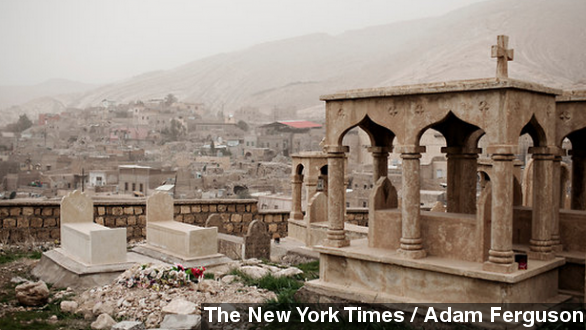 As Christians around the world celebrate their holiest day of the year, officials in Iraq say three deadly Christmas bombings went off, targeting Christians.

​After a Christmas service Wednesday, a car bomb that went off near a church in Baghdad, killing at least 16 people, and wounding 26 others. Earlier that day, two other blasts tore through an outdoor market, killing 11 people and wounding 21. (Via RT , Jewish News One)

No one has immediately taken responsibility for the bombings, though as some observers have noted church bombings are a tactic of al-Qaeda linked groups.

One biggest attacks on Christians came in 2010 when a bombing at a Baghdad church left more than 50 dead. (Via The New York Times)

Open Doors USA  is a group that monitors Christians in the Middle East. Its president told Fox News: “These extremist groups desire religious cleansing and they're increasing in number particularly in northern Iraq."

According to the U.N., some 850,000 Iraqi Christians have left the country since the U.S.-led invasion in 2003. (Via Journeyman Pictures)

Also on Christmas, the Taliban claimed responsibility for a rocket attack on the U.S. Embassy in Kabul. Fortunately, there were no reports of casualties.