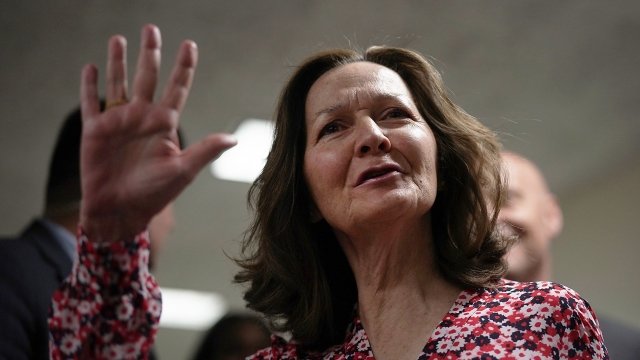 Gina Haspel will face tough questions over her role in a classified CIA torture program.

Gina Haspel could become the first woman ever to lead the CIA — if she can make it through what's shaping up to be an intense Senate confirmation hearing Wednesday.

Haspel, who has worked at the CIA for 33 years, was nominated for the post earlier this year after President Donald Trump tapped former CIA Director Mike Pompeo to take over as secretary of state.

The current acting director of the CIA is sure to face tough questions over her role in the CIA's enhanced interrogation program, which saw the use of torture techniques like waterboarding on terror suspects under the George W. Bush administration, and for her reported involvement in the destruction of videotaped evidence of torture.

"The more I learn about this matter, the more convinced I am that there is literally an A to Z cover up," Democratic Sen. Ron Wyden told CNN.

Wyden and several other Democrats on the Senate intelligence committee have been asking the CIA to declassify all materials related to Haspel's involvement in the interrogation program.

Last month, the CIA did declassify an internal disciplinary review about the tapes that found "no fault" with Haspel.

Wyden and other Democrats say they're not buying it.

"What you have is selective declassification. You have a public influence campaign being waged by the agency and just a boatload of misinformation," he said.

Haspel met with members of the intelligence committee Monday to try to clear the air.

"We've had a great conversation. We've talked about an awful lot of things that help clarify for me, and it was very helpful and I just appreciate her so much," Democratic Sen. Joe Manchin told reporters with Haspel by his side.

It's unclear what questions Haspel will be able to answer about her involvement in the classified program. As the acting director, Haspel can decide which information to declassify. Democrats say that's a conflict of interest and last week asked Director of National Intelligence Dan Coats to declassify the information.

The Washington Post reports Haspel offered to withdraw her nomination. Sources told the Post that Haspel was worried the questions raised in the confirmation hearing could harm both the CIA's — and her own — credibility.

If she does make it past the the intelligence committee, Haspel could still face a tough Senate vote. Sen. John McCain's absence and skepticism from Republican Sens. Susan Collins and Rand Paul could mean Haspel needs some Democratic support to clear the 51-vote threshold she needs to be confirmed.

Correction: A previous version of this story incorrectly stated that Hapsel is the current deputy director of the CIA. It has been updated to show she is the current acting director.

Haspel is President Donald Trump's pick to run the agency.