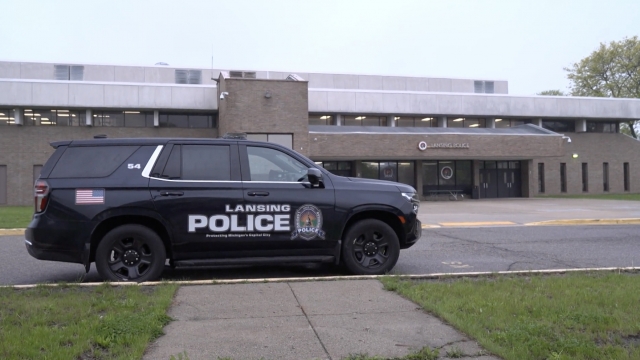 The shooting deaths of Philando Castile, Daunte Wright and most recently Patrick Lyoya at the hands of police all started the same way. And those deaths have opened the door to a major police reform trend in some parts of the country.

One of the first cities to give this a try was Lansing, Michigan. In July 2020 the Lansing PD implemented new guidelines for its officers to not pull drivers over for so-called secondary violations such as a cracked windshield, broken taillight or tinted windows.

But two years in, no one really knows if the policy change is working because the Lansing PD isn't following it.

Councilman Brian T. Jackson, who was born and raised in Lansing, worked on this initiative with the former police chief and current mayor.

"The problem with the policy that Lansing has of not pulling people over, unless it's for a safety related reason, is that it's just a policy and the police can and apparently still do it," he said.

As a public defender, Jackson says he knows the community impact of these pretextual stops.

"The stops, they break down the relationship with the community and the police. Because if a certain portion of the community is stopped, even if they're not cited, that still leaves a bad taste in people's mouth," he continued.

According to the Lansing State Journal, since 2020 local police have made more than 300 stops for equipment violations and about 1,000 stops for registration issues — two categories of stops that were supposed to end under the new policy.

Robert Stevenson is the executive director of the Michigan Association of Chiefs of Police.

"It's shortsighted. And it's ill-advised and it does not serve their community members," he said.

Stevenson says these supposedly minor stops are not meaningless.

"The federal government spent millions of dollars to figure out, we need a third light in the middle of a car. Why? Because it avoids crashes. And it avoids injuries, and it saves lives. …  And you're much more likely to be the victim of a traffic crash and injury, then you are the victim of a violent crime and such."

In Lansing, and across the country, Black motorists are disproportionately pulled over and searched compared to White drivers.

And according to the New York Times, between 2016 and 2021 police have killed more than 400 motorists who were "not wielding a gun or a knife, or under pursuit for a violent crime — a rate of more than one a week."

Mike Lynn, a civil rights activist in Lansing, says his close friend was killed by a Lansing police officer when they were both teenagers.

"At the time, it wasn't really Lansing Police Department focus," he said. "I really felt like it was like, a reckoning kind of, that police kill people."

While Lynn disputes the circumstances of his friend's death, police say he was killed after a foot chase and exchanging gunfire with officers.

Stevenson says it's not the officers' actions that lead to these on-duty fatal shootings.

"They aren't killed because the person had a headlight out," Stevenson said. "They're killed because they're bad people. … Where they ended up dead is fighting with the police, noncompliance and things escalated from there."

Lansing's new police chief says he is reworking the policy to make it clearer, but Councilman Jackson is hoping for something more concrete.

"A guarantee that police officers won't seek charges stemming from a non-safety related stop," he said. "No matter where it is, there's going to be critics, and there's going to be proponents … I don't know how well it's gonna go other places but I'm hoping that it goes well in Lansing, and that we can be a model."