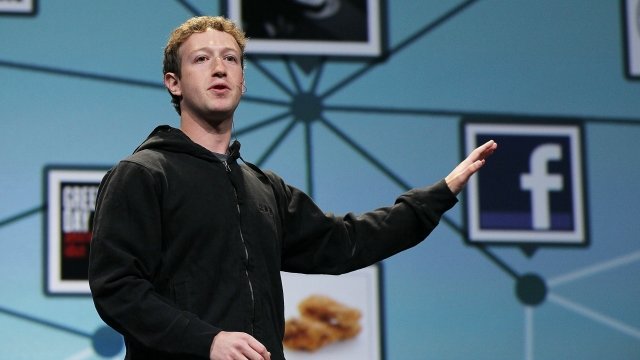 Nineteen groups teamed up to send a letter to the social media giant, demanding change.

Mark Zuckerburg can add another subset of critics angry with Facebook's handling of fake Russian accounts during the 2016 election: civil rights groups. Nineteen groups, including Muslim Advocates and the Human Rights Campaign, sent a letter demanding the social media giant do more to fight hateful content.

In the letter, the groups say, "We were alarmed to see your platform being abused to promote bigotry, and especially disappointed that it has taken media exposure and congressional oversight to give a degree of transparency into your practices."

In a recent congressional hearing, Facebook told lawmakers that during the election, 126 million Americans saw content created by Russian actors. Some of that content had nothing to do with Hillary Clinton or Donald Trump but with social divisions that already exist about Muslims, immigrants and groups like Black Lives Matter.

Facebook, Twitter and Google are set to testify at a Senate subcommittee hearing to help find solutions to Russian disinformation.

"It wasn't a theoretical exercise. It wasn't just about votes. We've seen real, live, on-the-ground demonstrations that were fostered by Russian trolls. There's a real, real-world impact on these for a lot of people," Politico media reporter Jason Schwartz told Newsy.

And the groups want access to those Facebook ads. They say they've only seen the ads that have been in the news because of a lack of transparency.

"They wanted to be able to see these ads so they can go back to their communities and say, 'Watch out for this, this is how this should be dealt with' — basically equip people," Schwartz said.

And that's not something social media groups are known for. They like to keep their secrets, well, secret. Which has apparently been an ongoing problem, because the civil rights groups say this issue of hate is obviously not something that's new because of the election, and they feel like Facebook has ignored them.

"I was talking with a lawyer from Muslim Advocates. She said, 'This isn't a Russia problem, this is a Facebook problem.' All of these issues pre-existed this whole episode with the election. Facebook is a place where hate can be fostered without much repercussions. Russians just came in and took advantage of what they saw as a real open opportunity," Schwartz said.

For its part, Facebook says it's dedicated to fixing the issues. So far, it's put out rules for ad disclosures and created new positions at the company to work on monitoring ad content.